“Madam I am not feeling well.”  Said the voice in the dark. (His ebony skin in the darkened room making him almost invisible, as my eyes adjusted after the bright sun outside.)

“What ails you?” Asked I, setting myself up in a role and finding myself tasked.

“When I came back from work yesterday, I had trouble walking to my house. My legs were weak, I felt dizzy. Later, I vomited and black things came out.  Then my heart was beating fast like a baby. I didn’t sleep last night. I won’t take more pills, they will give me more at the hospital, but I would like a Panado.”  Came the voice.

I gave him two Panado from the “Emergency First Aid Kit.” Then went back to my cottage, to prepare a remedy intuitively.

Wilde Als and Southerlandia, picked yesterday in the veld, Lavender and mint from my garden to soothe, Buchu, to clean the blood, ginger and cayenne to warm and two slices of lemon, to alkalinize and fortify, all mildly seeping in a big tea-pot.

I felt myself step into the role of the medicine woman. He was my first patient, yet I am not qualified, I felt I was walking into sacred ground, not ready, just learning, but focused deep and offered what felt true.

I handed the teapot to his wife to brew. She looked at me doubtfully, I sensed sorrow and fear in her dark silence, there was more that she knew.

He tasted it. “This will work” – he said- politely perhaps.

I used the German guest’s left-behind thermometer to take his temperature, High- tech and reliable, 35.5, it said the verdict:-not a hospital case.  Ride it out, it’s too far to town.  concluded.  (I didn’t say it out loud.) Science had spoken. What would they do anyway? Send him home with a Panado? I didn’t know his story, having arrived on the farm a day before, but I later learned that there had been many visits to the clinic, and each time, they told him to come back another day, providing only a Panado as a panacea. He had even seen a nurse a few days back when they came round to the farms in their mobile medicine truck. All she did was check his pulse, and noted that it was normal. (We found it written in his clinic book.)

A little later his wife called me again, this time, he was struggling to talk, and lying on his side, breathing heavily, he said. I am soaked in sweat, I’m wet. Please call the ambulance.” He begged.

“The ambulance will take too long,” I said, feeling week. He knew it was true. On our dirt track in the mountains, they always get lost. I will take you to the clinic on Monday. (I had spoken to the boss.) He seemed vaguely relieved and told his wife.

She scowled – in silent dread, her baby on her back.

“My wife, she has a problem speaking English.” He told me protectively.

They were so far away from home, the great lakes of Malawi are but a dream. There, three of their children wait for their return, in grandmothers care, perhaps, waiting and longing for their parents to come back.

I went to make a poultice and a hot water bottle.  I rushed back and forth feeling panicked,  emergency mounting, I began doubting. I had no number for the hospital nor telephone reception to call for help. I would find a way to call for help, but make him comfortable first, so  I ran back to his house with my hot water bottle and poultice to soothe the pain.

He was sitting up, peacefully slumped against the wall.

My own body went into fight or flight.

I tried First Aid, like in the movies, to bring him back. Laying him on his back with some help, I Pumped his chest and turned his head, to one side to clear the airwaves, hoping his heart would startup, like a car engine and that he would breathe again, and cough and be okay, but no.

Purple blood ran out of his mouth and nose. He had let go.

“Don’t go now. Come back you are too young to die! Your family needs you.”  I begged him out loud, wishing he could hear.

The baby remained silent. I never heard him cry.

We waited for the police, the forensics and the ambulance all day. As predicted, on the derelict dirt roads, they got lost and took the long way. His wife Agnes, cradling their tiny child- Emanuel: her pupils wide with dismay, she paced and waited. No chance to rest, she held on and hovered all day. There was nothing I could do, nothing I could say.

The ambulance never arrived to pronounce him dead.

When the police detective came, he tried to wake him.

He seemed so close, not gone. It felt unreal. Yet, there was no way to revive him. His wife knew. She had dreamed he would die that day, but couldn’t say. I brought them all coffee and rusks, the detective smoked illegal cigarettes. We made small talk, trying to solve the mystery.

I later learned that when I naively took him on, I was out of my league, his body riddled with disease. A chronic ailment had been part of his life for some time.  (An STD) His liver had atrophied, his stomach lining blistered, perhaps there was an ulcer, triggering a septicemia- which lead to his death, just a guess.  The stomach problem was probably caused perhaps by living on pain killers for the pain he felt on urination and beside that I was sure there was dehydration. He had not let on, being so brave, he had to carry on. He had to make money to feed his family.   His employers, both past and present had taken him to the government clinic many times as he kept asking to go.  No treatment was offered, no clear diagnosis . So beer and pain killers were the only relief he found.

Yet, all night long I fantasize, That I had just found a way to put him in the truck. Driven the hour-long bumpy roads to town, he may have had to lie down. The purple blood that came out of his mouth when I did the CPR, may have had to be washed out of my Dad’s car. The danger, the germs, the Pandemic at large, all of this had come to pass.

That night I sat grieving to the stars asking for answers. Too many planets in retrograde, time stands still, we must revisit our past trauma’s and free our souls.  we must unwind our old patterns and find new goals, the astrologers say. Yet- the formations I know, don’t come and go. The giant Orian and his loyal dog star, the Pleides, The infinite spectacular-star nations, comfort me so.

“When Alice in Wonderland slew the Jabberwaki, The White queen gave her a vial of his purple blood and said, “Drink this, and you can go anywhere you chose.” Alice chose to go home.

Robert did too. He Returned to Source. He had run his course. “Bye-bye, Robert, bye-bye.” His wife cried, shaking and rocking. The last time she would see him. His body positively identified. Now a team of anonymous men in sanitary suits and masks, Carry his strong young body- wrapped in black plastic out the door. We feebly tried to comfort her. Arm around her bony shoulder, Timidly, we sat huddled on the cold stone floor.

On their shoulders, he went into the Karoo night air. Countless infinite galaxies swirling in the sea of sky. While here on earth, humbly, we live and die. Despite the magnitude of the moment – there was no, time to stop and pray. We had to push through, answering questions for the forensic forms.

Hoping to pass the test to complete the paperwork, to wrap up the case. We pushed through to the last dot and signature, a legal matter. So in the dark, sad room, we ran a relentless marathon to please the distant halls of Babylon.

It all felt like a dream on a still, autumn day in the Karoo, Where the leaves turn gold, and winter wind blows cold. Yet still, the sky remains a deep blue hue.

A family lost a father, a wife lost her lover, And the next day they were all gone and life on the farm just carries on. It’s true.

Yet, I can’t help but wonder, whether things would have gone this way if he had not been a black man from another African country. His medical records said he had an advanced chronic condition, he numbed the symptoms with painkillers. Which stripped is stomach lining. Would he have been helped if he had money? What systems are these? Of course “Black Lives do Matter.” Money was found (the farm donated, and family members helped,) it was very expensive to transport his body home, all the way to Malawi for the funeral. The help only comes when it’s too late.

Agnes, his wife missed the funeral trapped in limbo, with her baby, she couldn’t go, held captive by poverty and lockdown lack of transportation.  She has since been able to move a few steps closer to home with a bit of help.

She knew it was coming, it was in the grief we heard in her lament. Yet he is free,  he returned to the warm, golden waters of Malawi as a corpse, alone, to be buried by those who loved him. He left in time to miss the first winter snows,  which blew white on the wind. High in these deserted mountains, where he herded cattle and mended fences. Now she has to go on without him.  He is free. Death is much harder for the ones left alive.

In the time of the “Black Death of 2020.” Nothing will ever be the same again- this is just one story of a life that mattered, but had it rough.   There are many more like him.  This is not an easy story to tell, but telling it is my way of breaking a spell.  May there be healing for us all.  There has been learning. 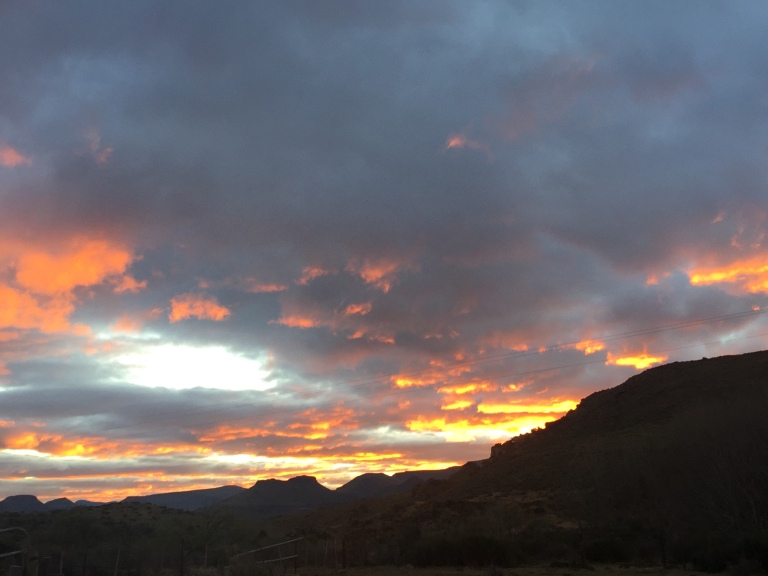