This blog “Earthnotes for Hope” is my quest to seek hope for humanity despite the environmental crisis we are facing, and finding ways to live consciously on earth through self-realization.  It is also a way to celebrate real people who create environmental art or have discovered the art of living in harmony with nature: earth artistry.  These are the main categories of the posts.

The blog began as a way to express and make sense of the information I have gathered about the state of the earth during my research as a documentary filmmaker.  My research has spanned from deep delving into the nuclear industry and the politics around energy for my documentary “Buried in Earthskin,”  Deep research into the many aspects modern industrial agriculture for reality TV celebrity Justin Bonnello’s  “Cooked in Africa” series for BBC Leisure.  I then dived deep into helping research and story direct the footage from “Moving Sushi”  an expedition around the world over 24 months from Cape Town to examine what was being done to protect our marine resources with Mike and Linda Markevina.  (The version I worked on was never completed-due to funding being pulled on the project, but I learned a lot from the process.) I also travelled the West Coast meeting local Fishers in the Cape to hear their stories of how the oceans are being affected by climate change for The Fisher Stories- Life in the time of Climate change, which I was commissioned to make for the Conference of the Parties (COP) some years ago.

The trouble about having found out so much about what deep trouble the earth is in, is that it can be quite overwhelming. This is often the case with people who are involved in environmental advocacy.  I found myself quite depressed and burnt out by it and had to find ways to heal my spirit.  I am often inspired by real people who are either living their best lives in accordance with nature,  many of these blogs are obituaries of friends who have lived their best lives and given their best to heal the earth.

My passion to speak up for the environment stems from the humble spiritual truths, I learned from my father, Robert and Grandfather Roland Kingwill– (a film called Promise of the Veldt was made about him.) He advocated for changes in agriculture to preserve and heal the soil and prevent erosion by reducing stock and increasing vegetation coverage, allowing more underground water and a healthier eco-system. He wrote regular articles warning about the way the choices, based on the wrong priorities, made at management level were threatening food security and creating worse poverty.  He and my grandmother Moira dedicated their lives to uplifting African people from poverty.  He travelled to West and Central Africa to advocate for freedom and equality. His favourite quote was “There is enough in this world for every man’s need, but not for every man’s greed.”  (Mahatma Gandhi).

My Grandfather farmed in the Karoo using permaculture principles (back in the 60’s) and was guided by daily meditations in which he wrote down the divine guidance he received intuitively, he applied this to his farming practices and his life.  I would also like to mention as an influence, the resilience and wisdom of my amazing maternal Grandmother Edna Plumstead (nee Janisch) who passionately followed her intuition and creative theories as a female scientist in a male-dominated world.  These theories and her focus in working to prove them lead her to discover enough evidence to back up the theory of Continental drift. She did this by finding evidence of the same plants from fossils found in South Africa, South America and the South pole, proving that they all once seeded from one another on one land mass called Gondwanaland.

Being guided by ones intuition was something my parents encouraged, and I am grateful for this. 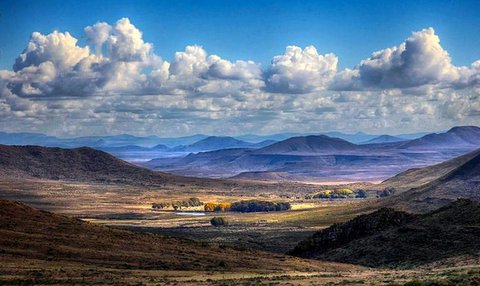 My greatest teacher, however, was the land itself.   I grew up on a farm nestled in the Sneeuberg mountains of the Great Karoo – a semi-desert region of South Africa.  My parents Robert and Phillida Kingwill played their part in my education according to their sound values and resilient wisdom.  I presently live in Cape Town (but intend to return to the land a soon as circumstances allow it.)

The Kingwill ancestors were farmers in Somerset, England before bravely boarding the ship as a family of  for a three-month voyage across the sea to South Africa in the

1849.  My (great X 4) grandmother Martha gave birth to her 8th child while on board the Royal Alice on route to Algoa bay.  She lost two of her children to virulent fever, which they had contracted on the voyage.  Her husband John died a few years later.  I guess they must have brought seeds from England and soon set up their own vegetable garden and being good farmers, built it up sufficiently to sell to the other settlers.  She and her sons later set off to the Karoo, where her many Kingwill sons set up successful sheep and cattle farms in the Sneeuberg mountains.

The Karoo is a place where climate change is felt very easily.  It is a highly sensitive environment.  Every hardy leaf and thorn shows in its make up how intricately it has adapted.  Every storm and every drought, every magnificent sunset, bright starry sky and every sharp shadow on a burning hot day are a testimony to how clean, clear and extreme this semi-desert region is to changes in the earth’s atmosphere.   When storms and droughts come, they are so extreme and powerful that those who live there have no option but to bow down respect and reverence to the power of nature. 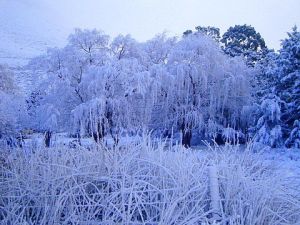 In the city, it is easy to lose touch.  To get wrapped up in our comfort zones and forget… until something big happens.

I strongly believe that it is time for all of us to wake up and feel the earth’s warnings and messages.  We have to learn to respect her and stop taking her for granted.  My work is to create awareness of this on all levels in every way I can.