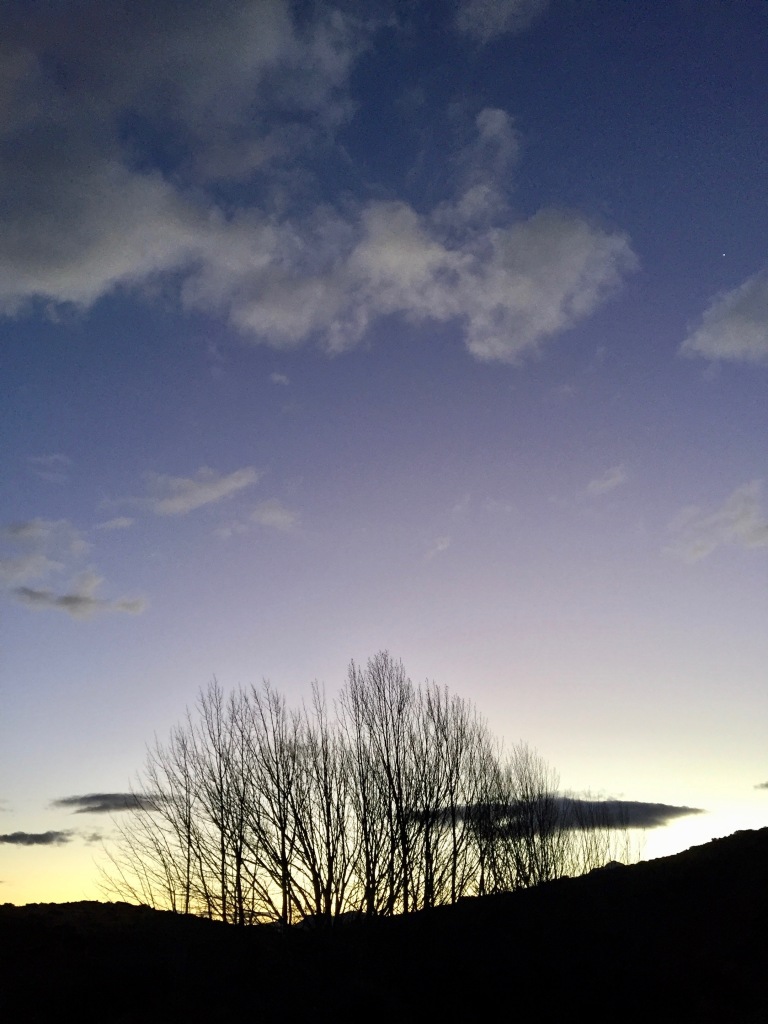 We who live on earth in these very intense shifting times have the choice of living in denial and misguidedly searching constantly to satisfy our deep spiritual needs through material comforts, or to purge ourselves of all of that and to tune into or listen in on our souls to be guided. It is interesting how this story of separation and polarization, has played out for so many of us, and how facing death can bring one back to life, just as connecting with one’s spirit, can bring one back to one’s body.  And connecting with one’s body can bring one back to earth from cyberspace, or from all those busy thoughts buzzing round in your head.

In the past year, I looked a lot at death as many friends and family and associates of a similar age group, passed through to the next realm.  Death is not a subject one likes to look at much, but by looking at it, I have found liberation from a lot of fear.  I was deeply inspired by the teachings of Anita Moorjani, the author of the book “Dying to be Me.” (Published by Hay House.)  Moojani had a profound near-death experience as a result of her organs shutting down in the final stages of cancer.

I find her story fascinating as cancer is such an epidemic on earth at this time, and I feel it is a reflection of the way we have made war on our planet.  I am not alone in thinking this way.  Eve Ensler, the author of the famous play “The Vagina Monologues,” described this phenomenon of the connection between the way we treat the earth and how it reflects in the illnesses we have caused in our bodies, brilliantly in this TED talk.

While researching a TV series on where our food comes from for celebrity chef Justin Bonello’s BBC Leisure program “Cooked in Africa” Series 5. I was horrified how mercilessly industrialized agriculture makes war on the earth, the factory farmed animals -and if we eat them, our bodies too.  Industrialized agriculture, was a solution to food shortages caused by World War 2.  The solution was to turn war machines and leftover ammunition into tractors and fertilizer.  (This was dubbed The Green Revolution,)  These practices have turned massive tracts of land into monocultures,  obliterating biodiversity and creating deserts of open dry soil in the stages between harvests. The spraying of crops has decimated bee populations and bird populations, which in turn has affected the rest of the web of life. Chemical fertilizers literally “corrupt” the structure of the soil. Then there is the massive issue of genetically modified seeds that are trademarked and designed to self destruct, forcing the farmers to buy seed again the following year.   Factory farming is the most destructive practice on earth and it is how much of the planets food is produced.  I believe that industrializing agriculture and meddling with the genetics of seeds is playing god and making war on the earth and her creatures.   By using these methods to produce food and then eating that food we are directly creating a system of self-destruction at a molecular level.  (This is what cancer is.)  It is the direct opposite of biodynamic permaculture, which restores life on a molecular level.  Both are methods of producing food, and it has been proven, although it is a controversial subject, that both can feed the world adequately.  One method is controlled by large corporations, the other can be orchestrated on a small scale by individual farmers and co-operative communities in a network.  I believe that networks and collaborative communities are our best hope for survival in the future on all levels.  Already networks are creating rafts for freelancing professionals of all kinds.  They are like the mycelium that form networks around the roots of the trees in the forest and create new life.

So back to Anita Moorjani and her amazing journey into the realm known as near death and then back to life with a mission.  Anita’s organs shut down after four years of fighting an aggressive Lymphoma.  She passed into a soul state, which she describes as true magnificence. The insights she gained in this state, allowed her to fully heal from her cancer in a miraculously short time.  These insights are described in her book, “Dying to be Me.”   I think that her clear voice of positive thinking through soul realization is significant in that her view cuts through stories of separation, created by our many of our religious barriers.   These have caused wars of separation for epochs.  Moorjani’s worldview is broad because she was raised in a cross-section of cultures and religions, She is of Indian Hindu origin, but grew up in modern Hong Kong and is fluent in 7 languages.  So she transcends the separation of cultural and religious bias and sees beyond all of these. She can, therefore, appeal to people of all religions if they are open to hearing her very clear unbiased description of what she discovered.  What follows is a condensed version of the helpful insights she gained at the end of the book and  I thought they were worth sharing on Earthnotes for Hope.

Let go of dogma. Let go of doctrine. Let go of limiting beliefs. Those things keep us separate from our power and our truth. Our universal magnificence.

“We carry invisible memes- (the stories we have been telling ourselves for generations.) This is what prevents us from accessing the universal energy of healing.”

It’s the accumulation of beliefs that is causing so much of the disconnection and discord we perceive in the world, including within our bodies.

We need to transform and evolve our mythologies to ones that allow…integration. Not separation.

Healing takes place when our personal creative intent willfully converges with the universal life force and sees it as one.

“During my near-death experience, I was pure energy- perhaps this could be interpreted as the soul or spirit. It was much bigger than the body and I like to use the word magnificent because that’s how I felt in that state. It was almost like having a physical self was an afterthought.” Says Moorjani.

“Some people are perceived as having a higher vibration or more presence. Allowing more of their authentic magnificence to come through. This means that their positive energy and physical presence are strong. Nobody is stronger or weaker than anyone else. Everyone is magnificent.” She points out.

Remember: The amount of magnificence we express through our bodies into this dimension is up to us.

“My healing came when I realized that there was no duality. I was the source of all things and the source became me. The healing came from the knowledge that I am not separate from Source. ”

So much money has been spent on scientific research of the symptoms of cancer and how to cure them with drugs. “I often wonder whether it’s easier to make money-selling medication than it is to bolster people’s sense of their own divine magnificence. “ Says Moorjani.

“ I believe that my cancer was related to self-identity and it was my body’s way of telling me that my soul was grieving for its own self-worth. (I had lost sight of my own magnificent core identity.)

If I’d known the truth of who I actually am, I wouldn’t have gotten cancer.

Always remember not to give away your power. Instead, get in touch with your own magnificence.

Love yourself unconditionally and be yourself fearlessly.

When we are true to ourselves, we become instruments of truth for the planet.

Because we are all connected, we touch the lives of everyone around us who then affect others.

Our only obligation is to be the love we are and allow our answers to come from within in a way that is appropriate for us.

Enjoy yourself and don’t take life too seriously. And above all, make sure to laugh as often as possible throughout every single day and preferably at yourself. (This is even more important than diet, chanting and prayer in ensuring health and well-being.) Day to day problems never seems as big when viewed through a veil of humour and love.

In this information age, we are bombarded with news at light speed. We are living in an age of high stress and fear and in the midst of trying to protect ourselves from everything we think is “out there” we’ve forgotten to enjoy ourselves and to take care of what’s inside.

Our life is our prayer. It’s a gift to the universe and the memories we leave behind when we someday exit this world will be our legacy to our loved ones. We owe it to ourselves and to everyone around us to be happy and spread the joy.

If you can go through life armed with humour and the realization that we are love, we’ll already be ahead of the game… (And chocolate helps.) . Says Moorjani.

Talking of chocolate.  Try raw cacao.  It has magnificent heart opening properties, especially when taken while singing and in a gentle ceremony.

If I die young, at least I’ll have some chocolate on my tongue.